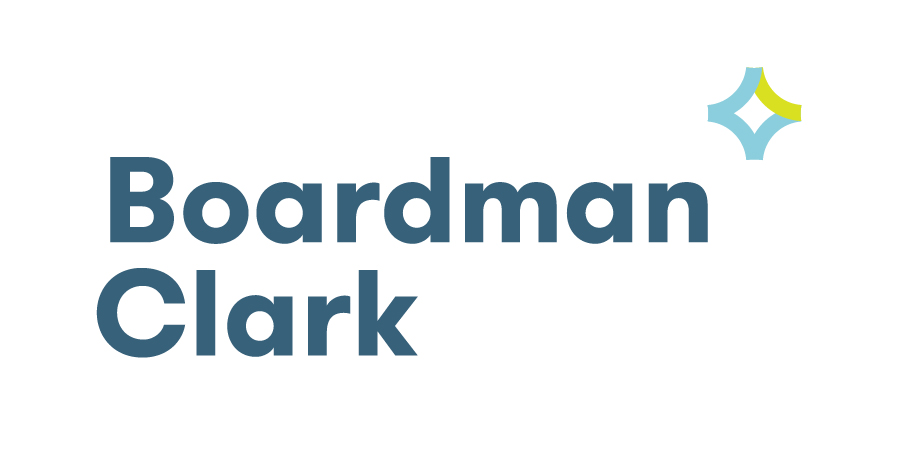 Human resource professionals, managers and executives have been inundated with news, articles, webinars and advice columns as the coronavirus situation has developed and escalated, and Congress has acted and continues to act.  Boardman and Clark has distributed information, updates and FAQs, and continues to provide information and advice on developments.  You can find these at:

Coronavirus: Where are We Now? - https://www.boardmanclark.com/publications/hr-heads-up/coronavirus-where-are-we-now

Planning for the Coronavirus - https://www.boardmanclark.com/publications/hr-heads-up/planning-for-the-coronavirus

The rest of the Broad scope of employment law also continues.  So, instead of using this Update to repeat the above valuable information, the following pages cover other areas which should still be of concern and not ignored in the current situation.  Perhaps it may even be a break in the coronavirus overwhelm, to focus for a few minutes on something else.

EEO Commission Limits Agency Attorneys Power to File Cases.  The Trump Administrations appointed EEO Commissioners have directed the EEOC General Counsel to cease bringing certain enforcement actions without first receiving the Commissioners approval.  This includes permission for any case taking a position contrary to precedent in a Circuit in which the case is filed.  Since there are often splits between the various Federal Circuits, this may make it difficult for the EEOC to attempt to establish a coherent, consistent standard.  The Commission also wants the General Counsel so get approval for any case which may create a public controversy.  It also curtailed the ability of regional EEOC Council to bring cases without Commission permission.  This restricts the General Counsels authority which has existed through previous Republican and Democratic administrations.

Comcast v. National Assoc. of African American-owned Media (NAAOM)-Tighter Standard for Sec. 1981 Cases.  42 US Code Sec. 1981 prohibits racial discrimination in a wide scope, including business contracts and employment.  Comcast v. NAAOM is a business contract case in which African American-owned stations accused Comcast of discriminating.  The court did not decide the ultimate discrimination matters.  Instead, the case was over the standard of proof to apply.  It ruled that Sec. 1981 requires a but for standard, showing race was the reason behind an adverse decision. This is different than prior decisions and different than title VII, which allows mixed motive cases in which race is a significant factor, among others. This case makes it tougher to prove a Sec.1981 case. This is similar to the but for standard the court previously found for age discrimination under the ADEA.  The court did reject Comcast's argument that Sec. 1981 should not even apply to business transaction contracts, which would have largely nullified the statute.

The Supreme Court is deciding which cases to take under consideration for its next session.  It recently denied certiorari to three perspective cases.  This means the Court declined to accept the appeals and let lower court decisions stand.  This does NOT mean the Supreme Court has validated or adopted those decisions.  So the lower court rulings do NOT become the law of the land.  The Supreme Court rejects cases because it already has accepted as many as it can decide; there are higher priority issues to hear; or the cases do not present good facts to base a law-of-the-land decision upon. Perhaps in the future it might take another similar case.  All this means is that it is the end of the road for these three rejected cases.  The decisions in the lower court involved;

Attendance Problems Caused by Disability.  Hannah P v. McGuire (from the 4th Cir.)  The Appeals Court held that the conduct caused by a disability was not protected by the ADA.  The Federal government could decline to hire a person due to attendance problems caused by depression during her contract-for-hire period.  Looking at conduct which is important to work is not the same as considering the disability in the decision.  The appeal to the Supreme Court was because the 4th Circuit decision is at odds with decisions in the 1st, 2nd, 9th and 10th Federal Circuit Courts, and creates, and still does, a split opinion, depending where one does business in the US.

Court Decision Against Age Discrimination Plaintiff.  Schwartz v. Clark County NE (From the 9th circuit).  An older County worker lost his trial alleging that the County changed the job titles of younger workers, but not his, ahead of a layoff.  As a result, they would be kept and he was let go. The appeal was not on the actual facts of the case, and did not establish any discrimination
law principle. Rather, the appeal challenged the trial Court's rulings on evidence and jury instructions.

City Can Regulate Bare Bikini Baristas.  Edge d/b/a Hillbilly Hotties v. City of Everett WA (From the 9th Circuit).  A drive-through coffee shop challenged the city's directive to make its baristas fully cover their private parts.  The female servers bikinis had become less and less visible.  The business sued under the First Amendment, claiming the bikinis conveyed political speech. The revealing garb was an expression of female empowerment.  The 9th Circuit disagreed, ruling that wearing pasties and G-strings in close proximity to receiving money from customers creates a high likelihood that the message sent by the baristas nearly nonexistent outfits vastly diverges from the constitutional message claimed by the plaintiffs.  The city directive was upheld.  The Supreme Court did not comment on why it declined to take the case.

In the past few years, in response to the #MeToo concerns, a number of companies have adopted Morals or Social Responsibility clauses in the agreements with executives, board members and key figures.  These are generally called Weinstein clauses.

Tavis Smiley loses #MeToo case and must repay $1.5 M.  TV celebrity Tavis Smiley sued PBS over firing him following #MeToo sexual harassment allegations.  PBS claimed this violated the Morals Clause in his contract.  Smiley alleged that there was a sham investigation which was racially discriminatory.  A jury found against him.  Not only did he lose the case, the Court ruled that PBS could claw back the $1.5M it gave to him to fund his show during the time he allegedly engaged in improper sexual behaviors toward subordinates. TS Media, Inc. v. PBS (Superior Ct. D.C., 2020)

Company Accommodated Employee in his Job - but did not Explore Alternative Position.  Following a kidney transplant, an auto worker had difficulty performing his job.  The company accommodated with extra leave and job assistance.  However, this did not result in meeting essential requirements, so the employee was terminated.  Prior to this, the worker had sought another, less taxing, job is a Bolt Checker, but the company did not explore this.  In the ensuing ADA case, the court found sufficient evidence that though the company fulfilled its accommodation obligations in the employees position, it did not meet the required interactive process obligation for actively exploring the alternative Bolt Checker job.  The company could not show that it could not have reasonably made the transfer. Fisher v. Nissan North America, Inc. (6th Circuit 2020)

Two Children - Too Many?  A company's Global Product Support Manager was allowed to work from home following the birth of a child.  She continued to manage all responsibilities, including needed travel and in-person meetings whenever needed.  Her evaluations verified that this arrangement worked, without a hitch for over a year and she was in line for further advancement.  Then she informed her manager that she was expecting another child. The manager said that he did not think she could do her work and added family responsibilities, she couldn't manage with two small children, and insisted that she would need to return to full time in-the-office work.  The company rejected any compromise proposal she made. When she took birth/new child leave, she was told that on return she would be demoted to a part-time contractor with a pay cut and no benefits.  She filed a sex discrimination case.  The companys defense claimed that parental discrimination is not a protected category.  The Court rejected this argument, finding there was a viable case for sexual stereotyping. The managers statement invokes the gender-based stereotype that mothers are insufficiently devoted to work outside the family. DeMeco v. PPG industries, Inc. (W.D. PA, 2020)

Failure to Restore to Same or Similar Position.  A Director of Nursing at a dermatology clinic took FMLA leave for trauma and anxiety.  She had a 3-year extramarital affair with one of the clinic's owners. Then she discovered he was also, simultaneously, having an affair with another staff member.  The relationship fell apart. The owner assured her that her job was still secure.  Due to the resulting anxiety and anguish over the situation, the owner and Clinic Manager suggested she take a FMLA leave to deal with the emotions. On return, she discovered the clinic had hired another Director of Nursing to take over many of her duties and she would now report to that person.  She promptly quit and filed suit for violating her rights to reinstatement and for constructive discharge.  The clinic claimed it did not think she would return so it hired someone else.  However, it also claimed the job she had was a similar position under the FMLA, with the same pay.  The Court disagreed.  It found the new job was a significant decrease in authority and was not performing similar duties.  This created a viable case for denial of reinstatement rights. The constructive discharge claim, however, was not as clean. The plaintiff may have a tougher time at trial with the very high standards required to show this and that her abruptly quitting did not cut off damages.  Simons v. Hengold MD.  PA, et al. (11th Cir., 2020)

Hospital Radiation Emitting Machine Caused Breast Cancer for Office Worker in Adjacent Room.  A Federal agency placed research employees at a large hospital for several months. The office was adjacent to medical equipment emitting radiation, which came through the wall and allegedly caused breast cancer for one of the researchers.  She sued the hospital under state law for negligence.  The hospital sought dismissal because the Complaint did not identify which specific machine was alleged to be the cause.  The Court rejected this argument, ruling that the Plaintiff should have the opportunity to have experts examine the equipment and determine that issue and the case should proceed to determine whether the hospital had a duty of care to the people in the adjacent office.  Harris County Hospital District v. McNew (TX Ct. App, 2020)
________________________